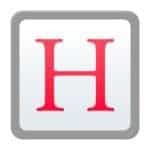 Gay Travel Advertising: Do We Need Our Own Invitations?

GPTMC released its first, award-winning gay spot, which played up the city\’s historic assets and enduring independent spirit, in 2003. At the time, it was the first gay commercial by a destination, and it really was groundbreaking.