Everything You Need to Know About Inauguration Day in Washington, DC

It’s no secret that every four years LA and New York usually ship the entirety of their celebrities down to Washington for inaugurationpalooza. But this year attendance will be mostly limited to Congress. COVID-19 safety protocols are being put in place to limit attendance in order to keep Americans safe and prevent the spread of COVID-19. 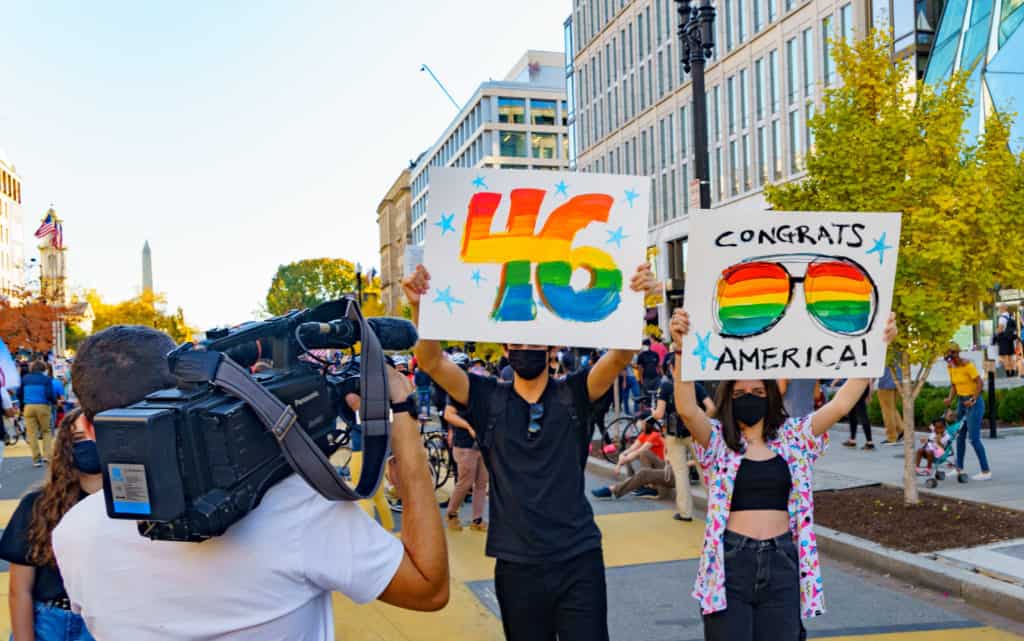 But the inauguration is really an event for the people — We The People — so, here’s a round-up of the good, the amazing, the virtual, and basically what you need to know about Inauguration Day to get involved:

When will the official inauguration take place?

On Wednesday, January 20, 2021, Joe Biden and Kamala Harris will take their oaths of office and be sworn in as President and Vice President of the United States.

Where is the swearing-in ceremony?

The 46th President of the United States will be sworn in on the West Lawn of the U.S. Capitol. The Oath of Office usually takes place at noon, followed by an inaugural address.

How can I view the new president’s parade route?

Instead of a traditional inaugural parade, the Bidens will arrive at the White House with a presidential escort consisting of representatives from every branch of the military. A “virtual parade” showcasing communities across the country will be televised at approximately 3 p.m. on Inauguration Day.

No, seriously, I’m going to be in DC so how can I view the new president’s parade route in person?

Traditionally, the parade travels down the 1.7-mile stretch of Pennsylvania Avenue from the U.S. Capitol to the White House. We suspect that will be the same route the Bidens will take with the military escort. But, seriously, you can’t see this in person since core areas of National Mall will be closed  for the 59th Presidential Inauguration.

The following areas will be closed to public use:

Are all of the roads closed in Washington, DC on Inauguration Day?

Driving is usually not recommended. Parking is limited and there are usually road closures, so visitors and residents are recommended to walk, bike and use the Metro. Please plan accordingly with the Metropolitan Police Department’s complete list of road closures.

What’s the best way to navigate the District during inauguration weekend?

If you are using a ride-sharing app such as Uber or Lyft, there will be a geofence around the security perimeter, meaning the apps will not work inside it. Attendees using the services will have to leave the perimeter to get picked up.

Where can I get up-to-date information?