Autumn colors travel with the elevations, starting in the highest mountains and descending to the foothills. Wind along California’s roads and trails to the sampling of leaf-viewing sites below, arranged according to peak times, from earliest to latest —  and in this case, timing matters: 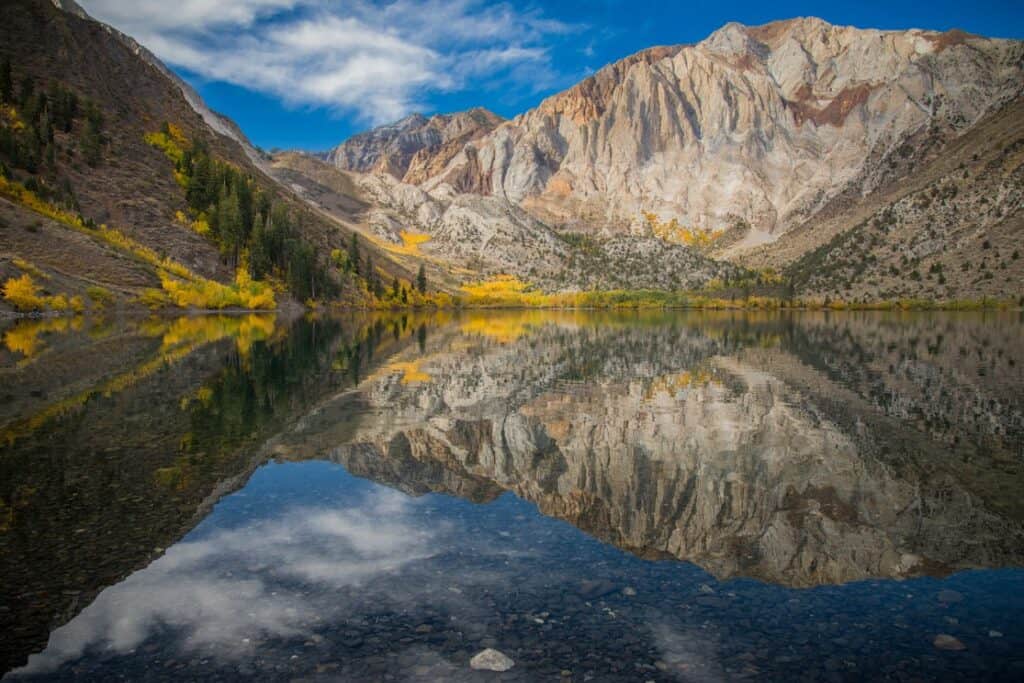 Mammoth and June Lakes: Nature’s autumnal fire burns bright on the eastern side of the Sierra, where glaciers have chiseled stream-fed canyons deep into the mountainsides. Starting in mid-September, drive any road heading west off US 395 near June Lakes and Mammoth Lakes to find dense groves of quaking aspens and willows. 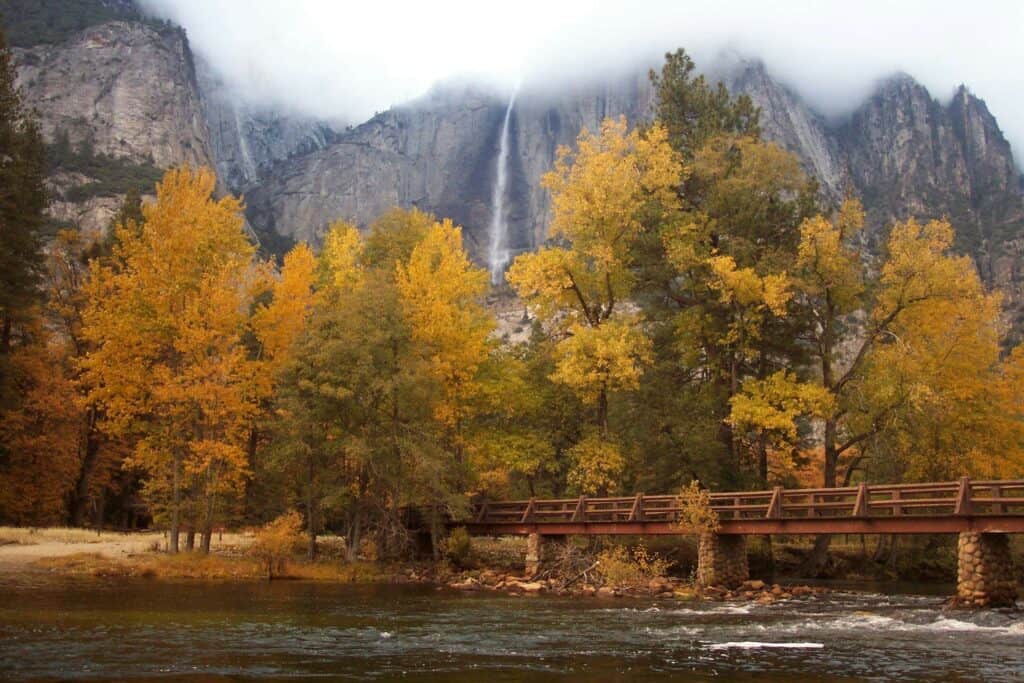 Yosemite National Park: In Yosemite Valley’s grassy meadows, the black oaks turn a soft, burnished gold, a subtle contrast to the scene-stealing school bus yellow of the cottonwoods. One of Yosemite Valley’s most photographed autumn trees is a non-native—a stately sugar maple planted near Yosemite Chapel that turns a brilliant red. 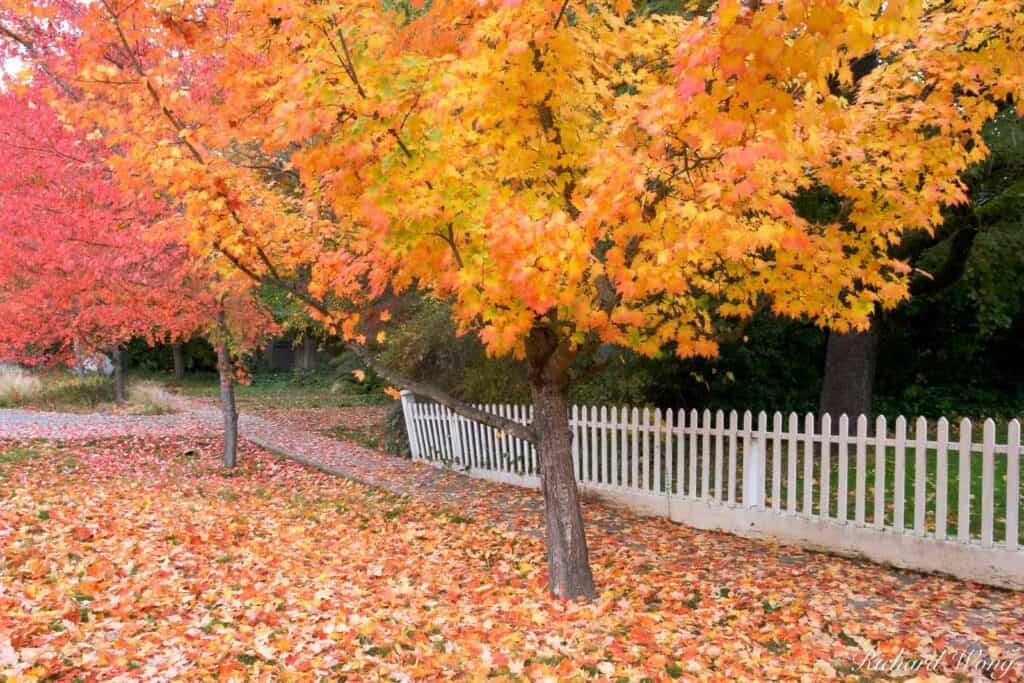 Nevada City and Grass Valley: Nevada Street in downtown Nevada City is decorated with century-old sugar maples and American sweetgums (liquidambars) that turn stoplight red in autumn. In Grass Valley’s downtown, Neal Street is the nexus for Vermont-style leaf color, but a more expansive display of the early settlers’ tree planting lies just a mile away at Empire Mine State Park. 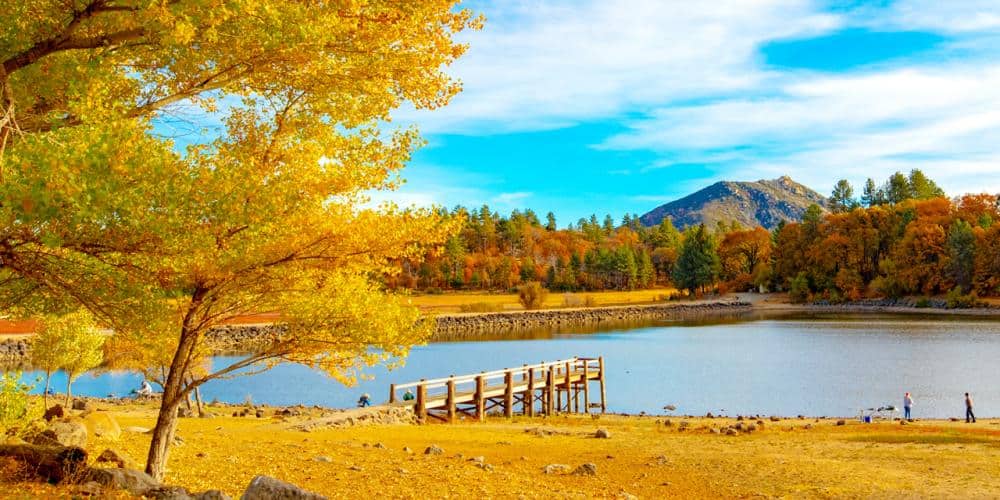 Julian: It’s not all palm trees and sandy beaches in San Diego. The county has its share of premium foliage viewing, too—all you have to do is head inland and uphill. In Julian, a historic mining town at 4,200 feet in elevation, autumn is the grandstand season. Discover the region’s black oaks’ color-changing trick at Lake Cuyamaca in Rancho Cuyamaca State Park, or by hiking the Five Oaks Trail at Volcan Mountain Wilderness Preserve.