Spanning all four corners of the intersection, the crosswalks feature long bands of all six colors of the rainbow flag, an internationally recognized symbol of LGBTQ unity. 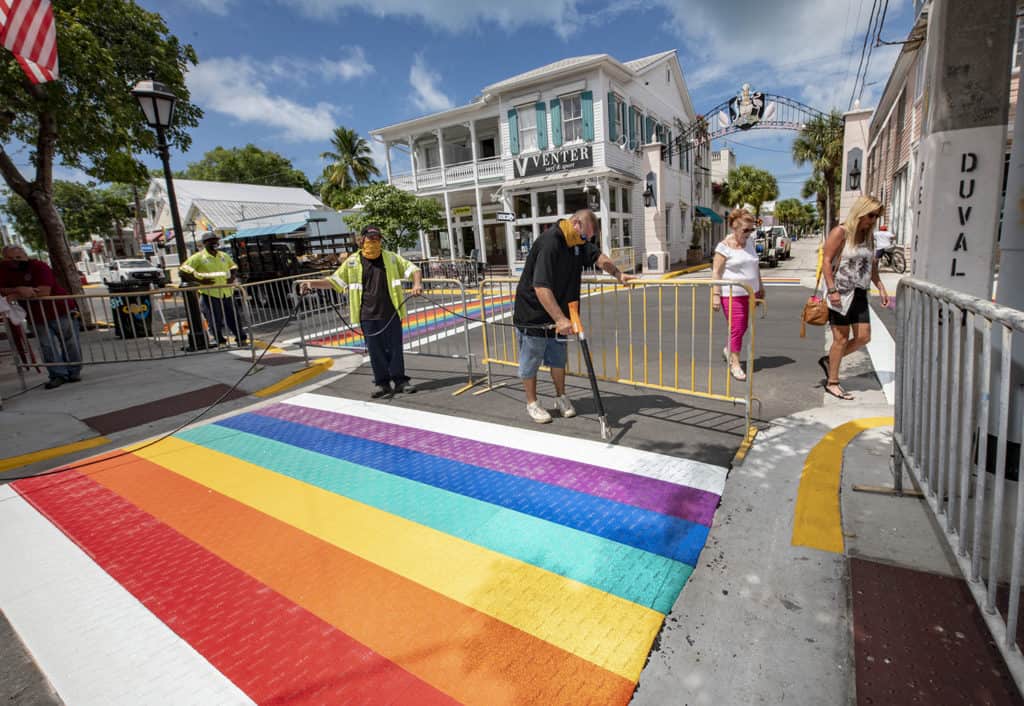 Spearheaded by the city and the Key West Business Guild, the crosswalks are composed of pre-formed thermoplastic color stripes. After the stripes were laid on the street by city workers, they were heat-treated with propane torches to affix the colors permanently on the pavement.

“One Human Family” was adopted as the city’s official philosophy in 2000, proclaiming equality and acceptance for all. Key West is internationally known for its heritage of diversity and its reputation as a leading LGBTQ vacation destination. 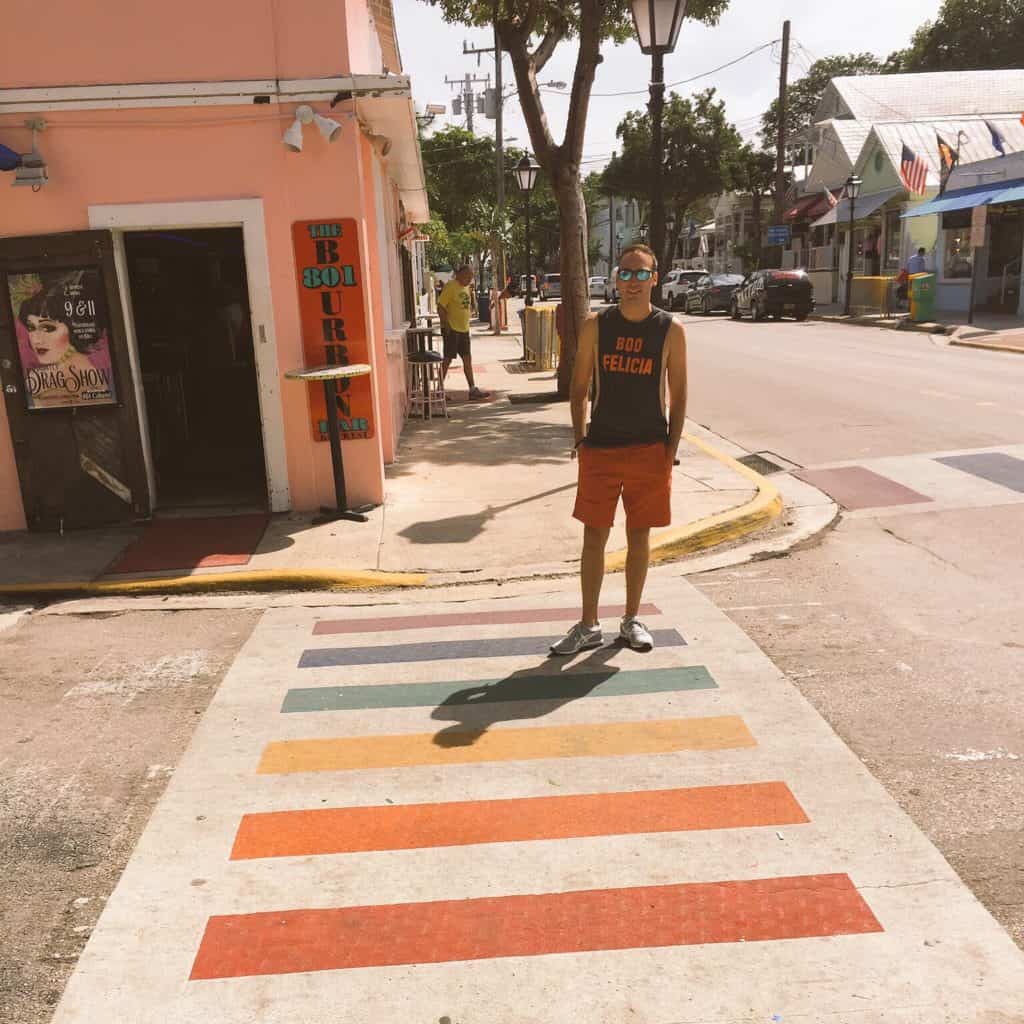 The crosswalks’ installation was the final step in a project to repave and restripe Key West’s historic Duval Street from the 100 block to Truman Avenue.

Rainbow crosswalks were originally installed on Duval in 2015, quickly becoming a city landmark and popular photo stop. Their replacement, necessitated by the repaving project, also allowed for a redesign that makes the rainbow colors stand out more vividly against the asphalt.

Note: Our stay in Key West was sponsored by the Equator Resort and some activities and meals were partially covered by the Monroe County Tourist Development Council. Rest assured the views and opinions expressed in this post are 100% our own and we would never sacrifice our integrity for a sponsorship.