Today is National Cheesesteak Day and there is no better place to celebrate than in the City of Brotherly Love. In Philadelphia, cheesesteaks are a civic icon, tourist draw and cultural obsession. Often imitated around the world, the cheesesteak is rarely duplicated outside of Philly. Here is a look at the top three known cheesesteak shops in the city: Pat’s, Geno’s and Jim’s.

First, here’s the lowdown on what’s between the bread and how to properly order one. 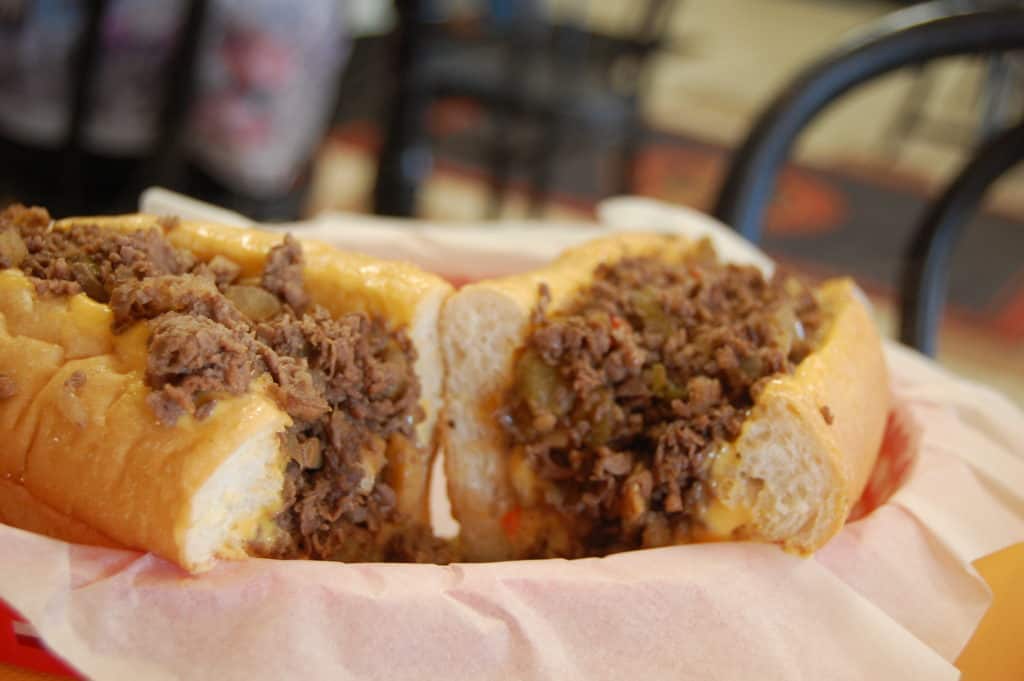 What Is A Cheesesteak

A cheesesteak—always one word!—consists of a long, crusty roll filled with thin-sliced, freshly sautéed ribeye beef and melted cheese. The art of cheesesteak preparation lies in the balance of flavors, textures and what is often referred to as the drip factor. For many fans, the definitive cheese of choice is Cheez Whiz®, but American and provolone are long-established accepted alternatives. Other common toppings include sautéed onions, ketchup and hot or sweet peppers.

How To Order A Cheesesteak

Ordering a cheesesteak is a simple yet specific process. First declaration to make: Cheese. One asks for “Whiz,” or “provolone,” or “American,” just like that. Next up: onions. For yes, the request is “wit.” For no, it’s “widout.” (So, for Cheez Whiz with onions, it’s a “Whiz wit.”) Additional toppings, if available, go by their regular names. Be forewarned: Lines are long, and patience is tested. It’s wise to have your order and money ready to go.

Top 3 (Tourist) Places To Get A Cheesesteak 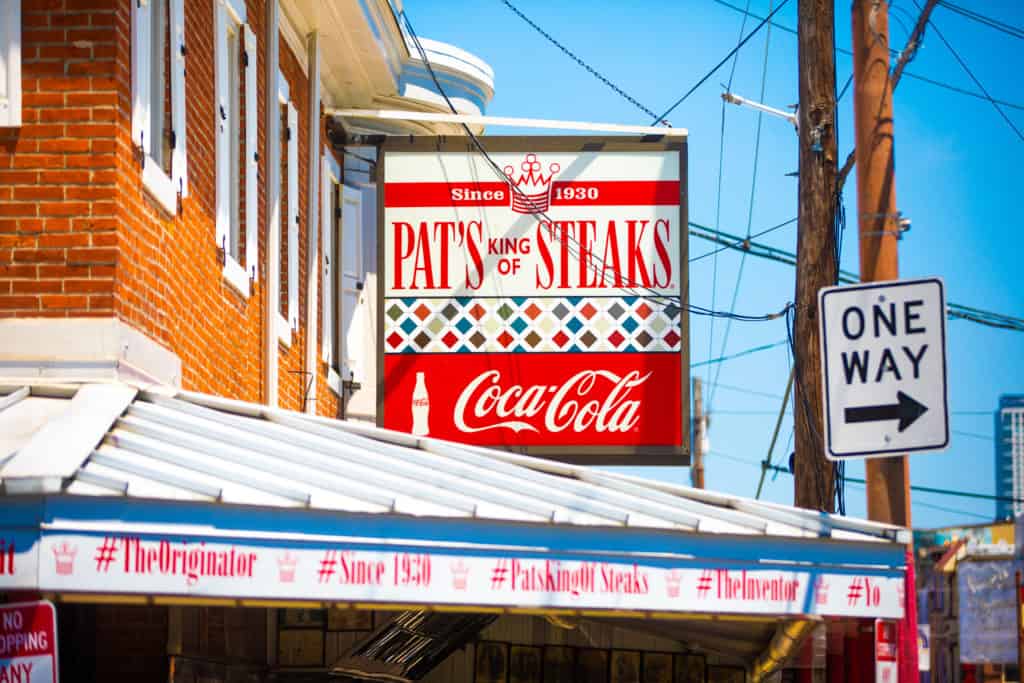 The undisputed birthplace and home of the cheesesteak, Pat’s King of Steaks is still owned and operated by the Olivieri family.

The cheesesteak: The first impression is something along the lines of “wow, that Whiz looks overwhelming.” And you know what? It is. The overflowing cheese makes the sandwich very awkward and messy to eat. 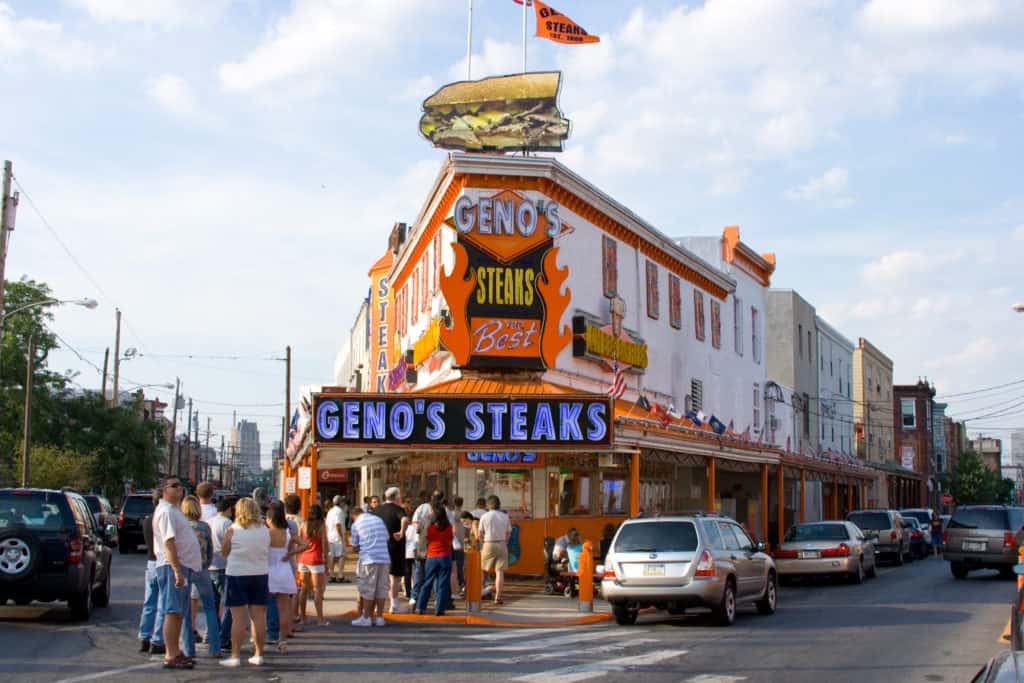 Directly across the street from the oldest cheesesteak joint in town, Geno’s is a formidable, fluorescent-lit competitor that’s gone roll-for-roll with Pat’s for more than a half-century. The owner, Geno, who took over from his father after he died suddenly of a heart attack in 2011, is openly gay.

The cheesesteak: The highest compliment we can pay this sandwich is that the bread is good. The Whiz amount is paltry with not enough steak filling your sandwich. 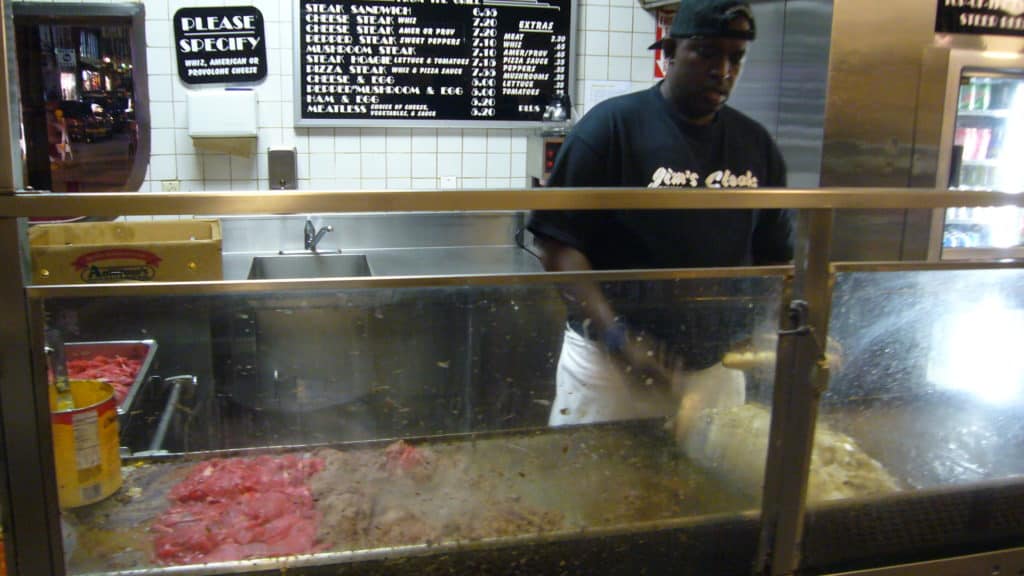 Jim’s is easily one of the most well-known cheesesteak joints in Philly. It’s the place you’re going to find locals and tourists — Pat’s and Geno’s is more popular with the tourist crowd. The unbelievable smell of the grill-cooked beef and sizzling onions prove that Jim’s Steaks are worth waiting for. And if you live anywhere within the United States they will even ship a sandwich to your doorstep by cooking, then freezing them, for you to enjoy from the comfort of your own home. How about that for Brotherly Love!

The cheesesteak: The best in taste by far. All the ingredients play nicely with each other for a flavorful eat. The portion is great, the meat is juicy and the Whiz is not overwhelming but present.