Just try to keep up with New York

For more than a century, gays and lesbians have traveled to New York City to find themselves. No other city in the country—and arguably, the world—provides more opportunities for expression and self-invention. The energy of the city is like an active volcano; it flows, it explodes, it destroys, and it creates. It’s unpredictable and indomitable, and if you can tap into it, even for a moment, you’re in for an incomparable time. In New York, all things are possible. Seek and you shall find, homos, if you know where to look. 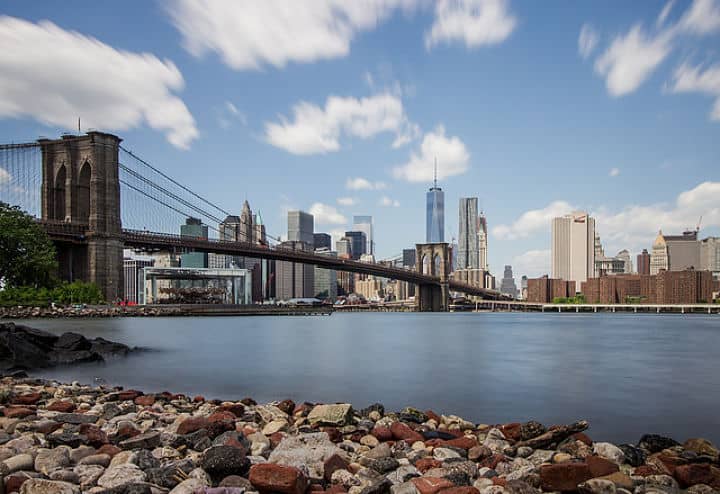 Let’s start with the geography. NYC is made up of five different boroughs, which strangely enough are in five different counties. The boroughs are (in approximate importance to gays): Manhattan, Brooklyn, Queens, The Bronx, and Staten Island. You’ll likely want to tune your libido to the first three. Gay and lesbian couples in the Bronx are more likely to have kids than in any other borough, but they probably are not the kind of hot mamas and daddies you’re looking for. There are a couple gays on Staten Island, but what they are doing there still remains a mystery. 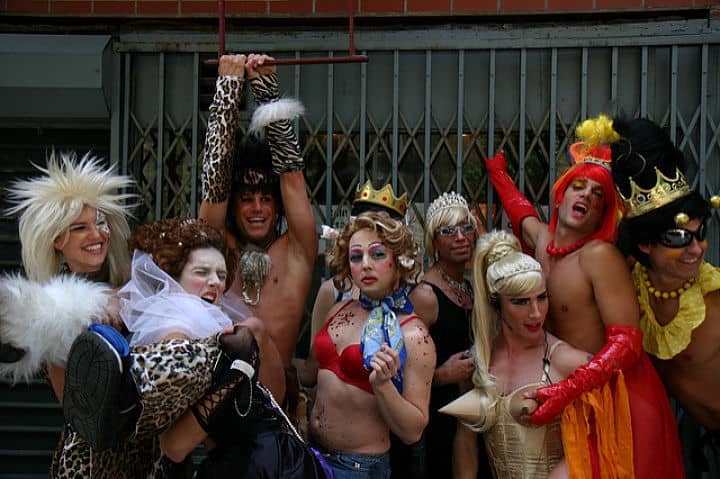 Manhattan is, for many people, the center of the universe. For finance, advertising, theater, fashion, and art, this is more or less true. The diversity of things (and people) to do can be overwhelming. The place swarms with same-sexers, but if you’re looking for denser populations, there are neighborhoods that cater to certain types.

Chelsea is home to the young, muscular, just-back-from-the-gym types. Hell’s Kitchen is a little less creatine and little more creative due to the influence of theater kids. It can get downright twinky in the East Village, while the West Village, especially the famed Christopher Street area, still holds as gay central. There you’ll find the spectrum of rich, poor, young, old, top, bottom, flaming, subdued, boys, girls, and other. And keep in mind there are plenty of ways to see and be seen. Tourists, and even some locals, neglect the side streets of the East and West Village, to their vacationing and financial detriment. Great thrift stores, restaurants, and cafes await exploration, and potential partners await your advances. 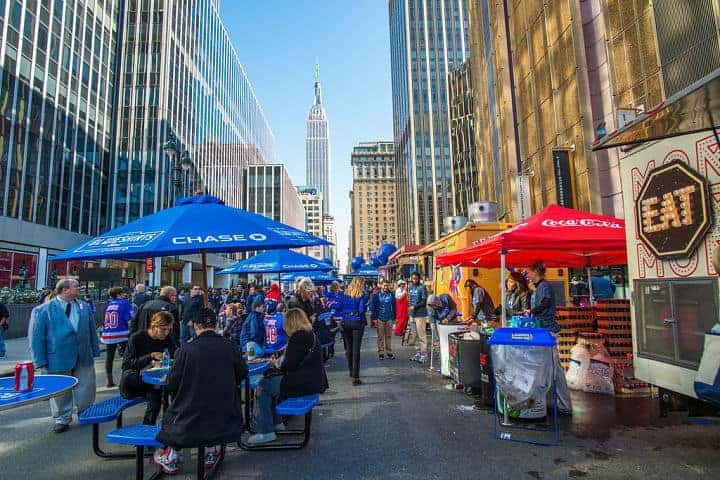 In Brooklyn, the gays have descended on Williamsburg like the D-Day invasion. But beware: Some of them are actually hipsters. Boo. Lesbians have made gorgeous little Park Slope their girl-loving turf. There are many other cute neighborhoods that will give you a more residential feel—just consider Brooklyn your semi-suburb.

With a promising name, Queens is known for its drastically increased quotient of African-American and Latino men. Check out Jackson Heights and Astoria if you like your men with melanin. 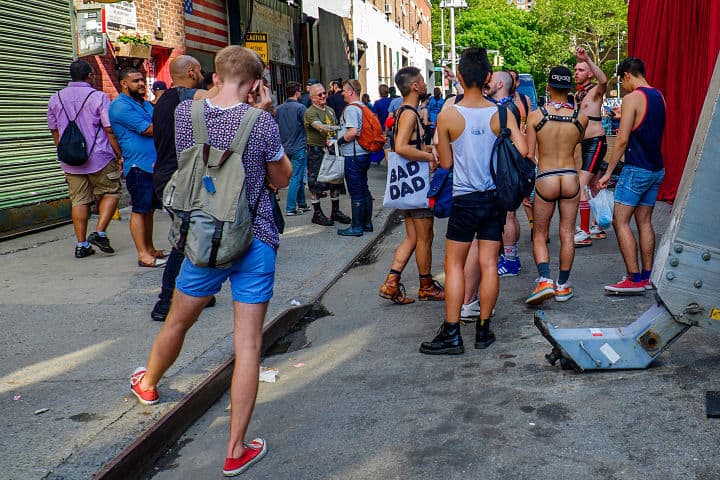 You won’t get one straight—or gay, for that matter—answer on where or when to be in New York. Summer can be stifling and crowded with tourists, but also lively, especially due to Pride. Winter brings a certain romance, even if you nuzzle the person you’re with for warmth more than any true affection (not advisable on the subway). Spring and fall are your best bets for walking around and exploring the beauty of the city.

Before you go, make peace with the fact that there’s no way you’re going to see it all. It’s an amazing place if you go with purpose; you might get a little lost otherwise. But whatever you do, don’t stand in the way. It is fricking New York, after all.