Halloween Fit for a Queen: LGBTQ+ Haunts Across the U.S.A.

You know the (mostly true) stereotype: Gay Christmas takes form in Halloween. And with the 31st fast approaching, this can mean only one thing — it’s party time!

So, finish that costume and however skimpy (read: AD Fetish wear) or politically driven your disguise portrays, make sure you plan to show off your … spirit.

It’s time to plan your night out on the town to celebrate. There are plenty of events from coast-to-coast, but here are a few to get you in the mood.

Note: Events are on the 31st, unless otherwise noted.

Wicked Manors sees Wilton Drive close down for a queer masquerade ball. This year’s theme “We Are Magic” is sure to put a spell on you. You may even end up chanting “Say Gay!” all night. 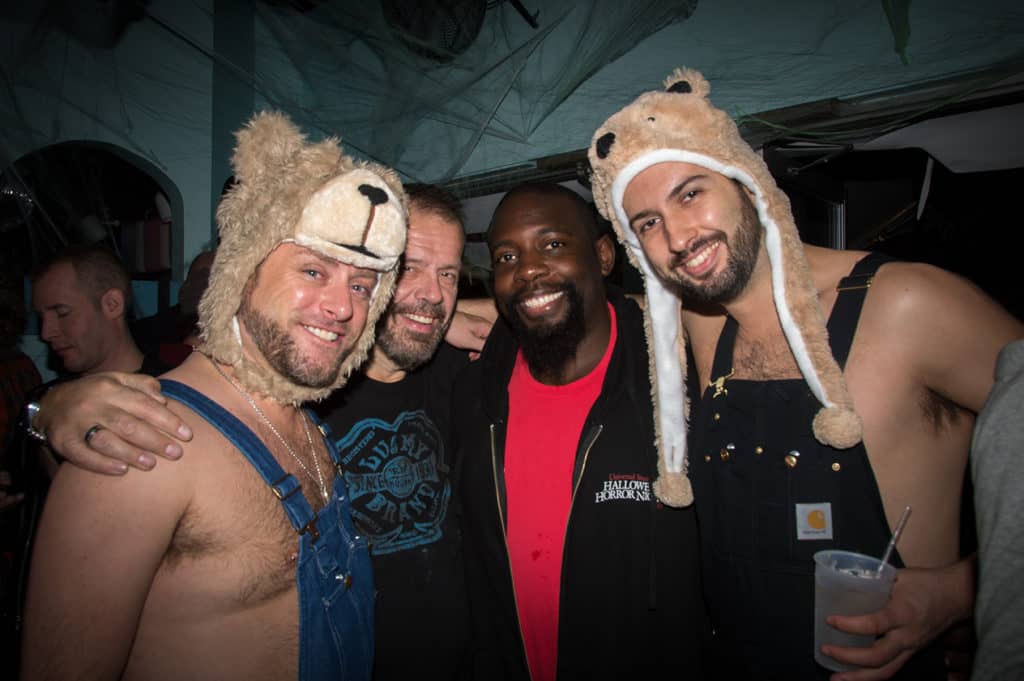 The tip of the cape is bear-y spooky for Halloween. With a full weekend schedule of spooky, sexy parties, street entertainment and events fit for every kind of zombie, angel, demon twink, daddy and bear — P-Town ends the season in true celebratory fashion with Spooky Bear. 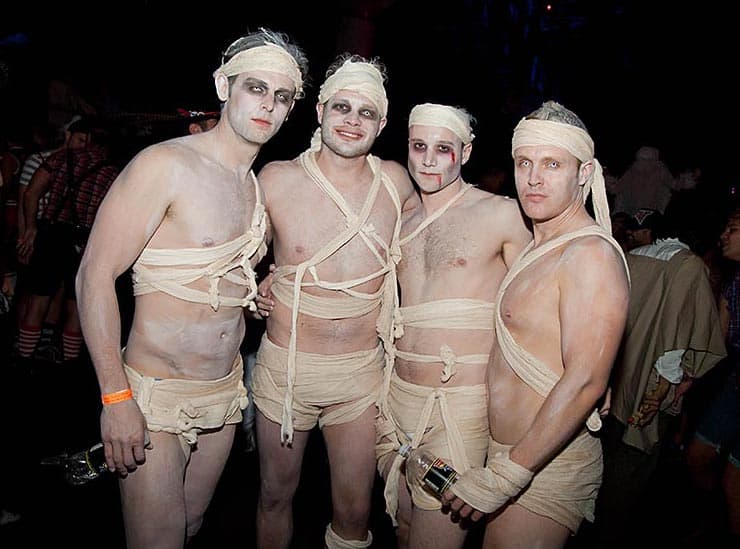 Halloween New Orleans is a full weekend event taking you on a wild journey to a magical world of adventure, packed full of unforgettable experiences and endless possibilities. So, pack your best Alice in Wonderland costume. Also, the city is kinda haunted; make sure you plan time to get spooked in the infamous NOLA cemeteries.

If you think you have what it takes to take home a top prize, head to the desert for Halloween on Arenas Road on Sunday, October 30. Even if you don’t win one of the prizes (worth over $1,800), you can dance to Ada Vox and Willie Gomez all night long.

Midwestern ghosts and ghouls will take over Boystown with the 25th Annual Haunted Halsted Halloween Parade & Costume Contest. With any one of the bars along the strip hosting viewing parties, it’s sure to be a festive event.

On October 30, the Palms Casino Resort will host HalloQween at the iconic Ghostbar. The night will feature RuPaul’s Drag Race Coco Montrese, as well as a costume contest, GoGo dancers, and celebrity female impersonators including Kenneth Blake as Elvira. 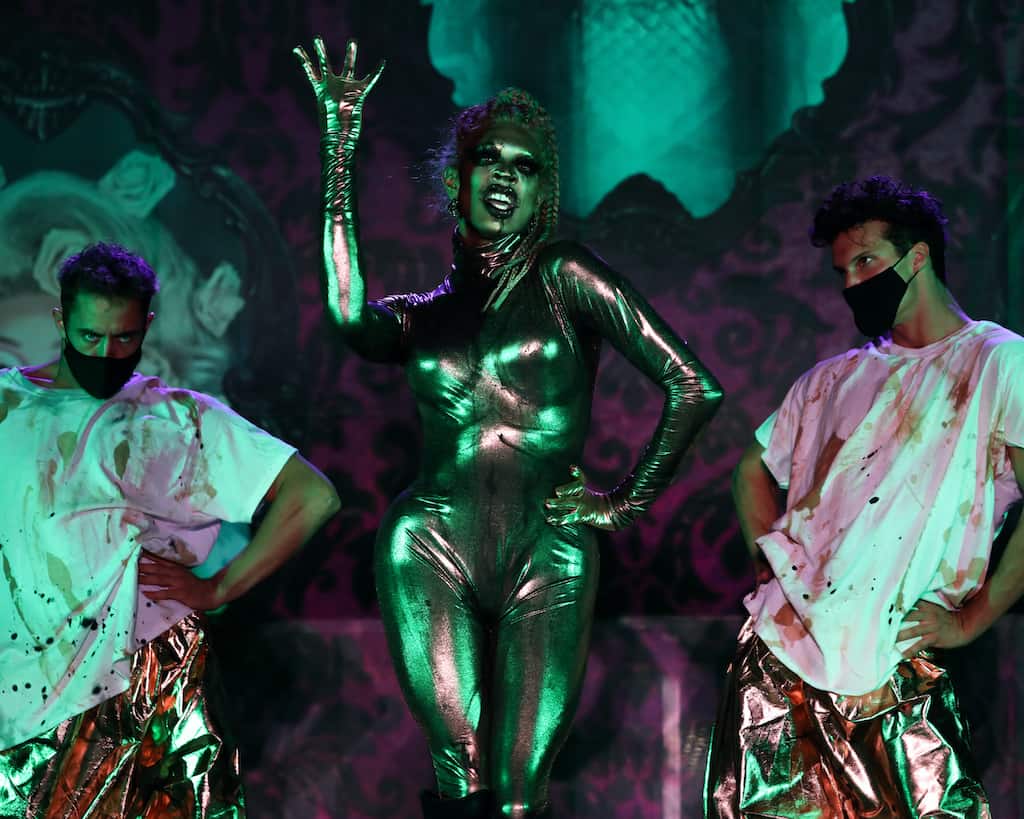 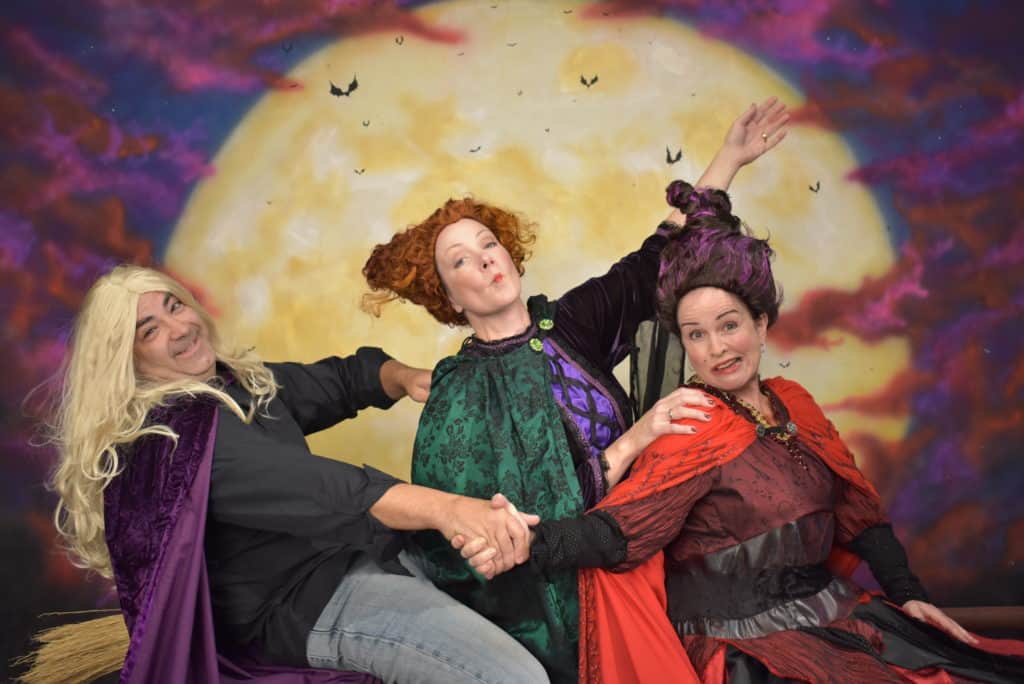 On October 30, grab your “sis-taaaas” and head to Night of the Living Queers: Drag and Dance Party in the Witch City — about 30-minutes north of Boston. Tickets are only $10. While you’re there, be sure to check out the town that made Hocus Pocus so popular.

Fred and Jason’s Halloweenie, sponsored by Kevin Huvane, has been fittingly referred to as the “Party with a Purpose.” On October 28, the historic Belasco Theater in DTLA will again play host. This year’s theme is “Peace, Love, and Discoballs — a Halloweenie Lovefest.” It will benefit Project Angel Food, who’s mission is to prepare and deliver meals to Angelinos with HIV/AIDS and other life-threatening illnesses. 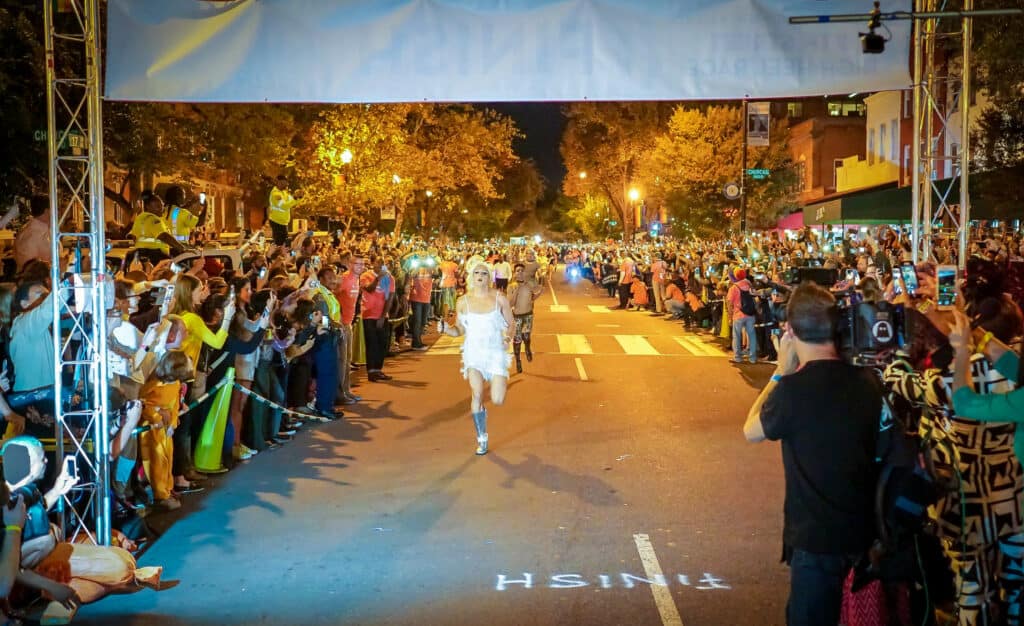 The DC High Heel Drag Queen Race is an annual event that is held on the Tuesday before Halloween (October 25 this year). Thousands of spectators flock to Dupont Circle to watch as 100 or so costumed drag queens show off their elaborate outfits and race down 17th Street. 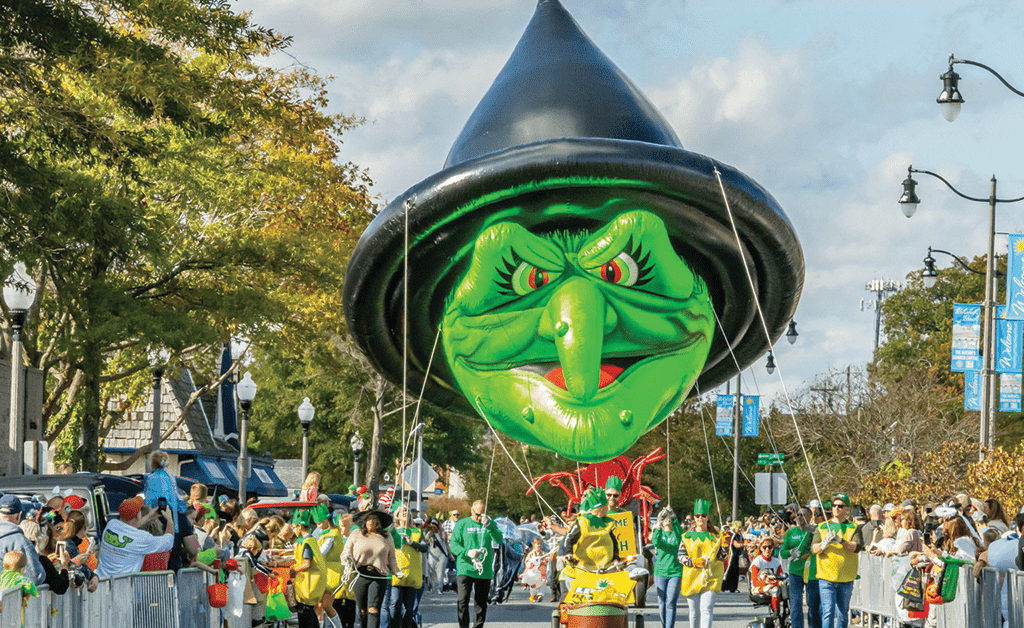 The Sea Witch Festival takes place over Halloween weekend and is the most family-friendly event listed here. On Saturday, children of all ages show up as witches, monsters, zombies, and other creative characters to march around town. But, the night belongs to the queers. Costumes are encouraged at Blue Moon Restaurant and Bar, which hosts its regular drag show: Legends. 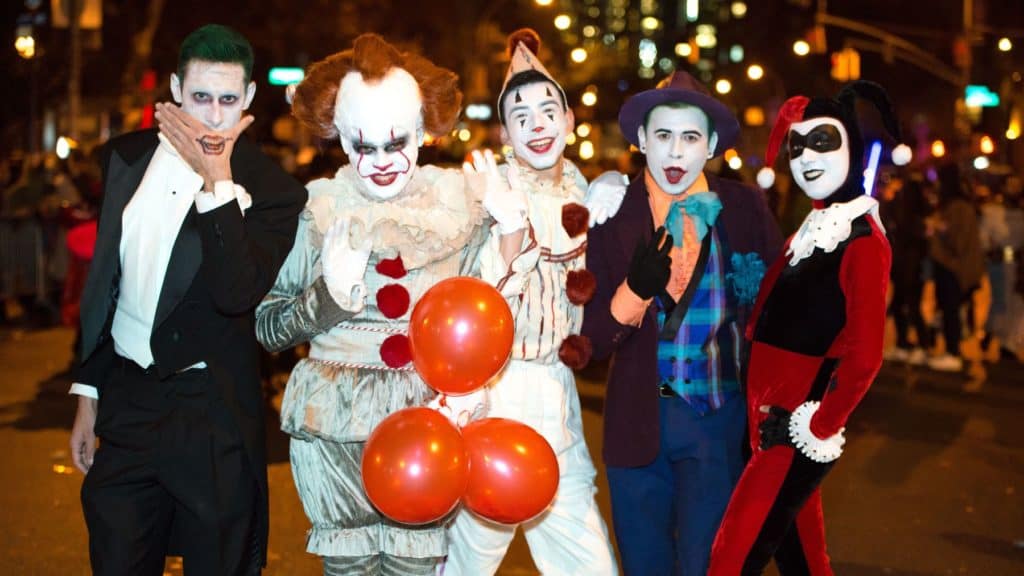 At 7pm on the 31st, Greenwich Village comes alive with all things Halloween. Only those in costume and masks can join the Village Halloween Parade, but for those feeling shy, music and dancers will entertain all revelers.