Sightings of fairies, gnomes and unicorns can mean only one thing – Provincetown’s Carnival Week extravaganza. This year’s theme “Enchanted Forest” will have everyone adding Enya to their vacation playlists.

Carnival Week, August 15 – 24, 2019 in Provincetown — the first and longest running festival of its kind in New England. More than a few fairies are likely to be seen this year as butterflies, glitter, and leaves will fuel the street scene. Here are a handful of events to hit up that are packed with variety, humor and the outrageous. 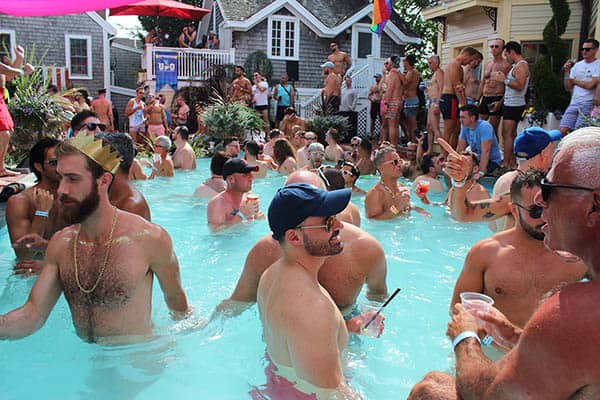 August 18 – The official Pride Flag Raising at 10am at the Pilgrim Monument. Evening brings the the Enchanted Forest Costume Ball at Crown & Anchor.

August 19 – Things begin to heat up as clothes drop off for the enchanted pool party, 1:00 pm at the Brass Key Guesthouse. From the pool to dress up time, at 10:30pm Janet Jorgulesco and House of La Rue hosts the 2nd annual Gessellschaft – a style, glam, and drag dance party at the Velvet Lounge.

August 20 – Join friends, new and old, at 3pm at the Watership Inn for one of the original Carnival parties. Then dance the night away at a magical and mystical party, 10:00 pm at the Atlantic House.

August 21 – Trixie Mattel, crowned winner of RuPaul’s Drag Race All Stars 3, returns to Provincetown this summer for one night only during Carnival Week!  8pm at Provincetown Town Hall.

August 22 – The crown jewel of Carnival week is the annual Provincetown Carnival Parade! The always outrageous and exotic entourage kicks off at 3 p.m., August 22nd, at the Harbor Hotel traveling down historic Commercial Street, to the delight of costumed revelers. Parade-goers always alert to the parade’s final float, which traditionally unveils next year’s Carnival theme. Following the parade and street party, slap on some leather and head out to the annual leather dance party starting at 10:30 pm at Club Purgatory.

August 23 – Don’t miss the official closing party asVJ Tom Yaz rocks the house starting at at the 9:00 pm at the Crown & Anchor.