Provincetown likes you just the way you are

Known as “America’s First Destination,” wayward groups have always found solace where the water met the land on three sides. From the pilgrims’ first touchdown off the Mayflower, to expressive artists and writers of the last century, to the LGBT communities that grew in number and resilience, all of these groups helped Provincetown became “Ptown:” one of the most idyllic, inclusive beach towns in America. 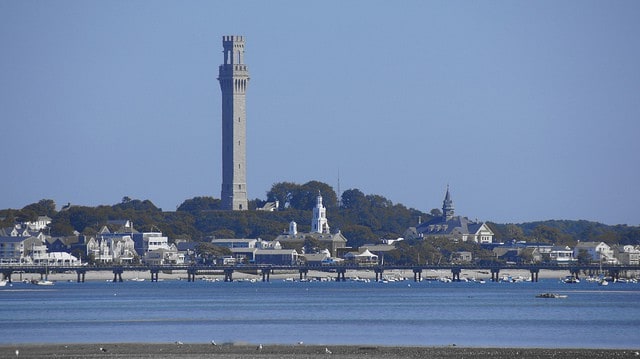 What makes Provincetown different perhaps is that it does not impose itself upon you. Under the relaxed vibe of Provincetown, you feel that whatever you’re doing is exactly what you’re supposed to be doing.

Many gay tourists will seek the sun and sights of Herring Cove Beach, a short hike from town. This beach is notoriously cruisy, more so the further south you go. If you prefer not to scanned and picked at a like a five-dollar buffet, there are more picturesque and secluded places (you decide what this means) to take in the gorgeous dunes and wild grasses. 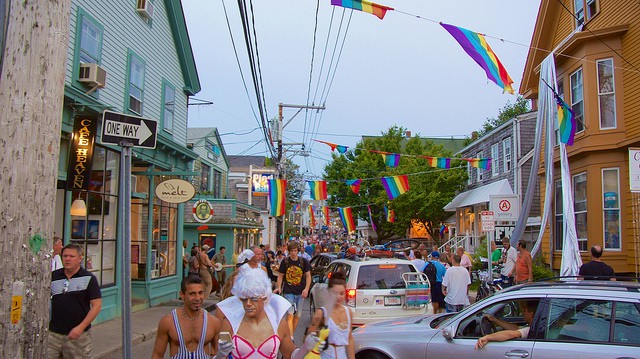 An effortless romantic trip can start by grabbing fresh seafood and heading to Race Point Beach for a sunset picnic. Or to be more social, head to a late afternoon tea dance. There’s no tea and no dancing, but you and everyone else will look amazing in the light of the setting sun. Then later still you can go out to the bars and clubs, but note that they will close by 1 am. If you need a day out of the direct sun, reapply your sunscreen (cause wrinkles are not cute) and head to the east end of town. There you’ll find many great galleries where the art is not only one-of-a-kind, it’s also something you can afford. Some people actually come to Provincetown specifically for the art. But most homos and lezzies will come for the theme weeks. 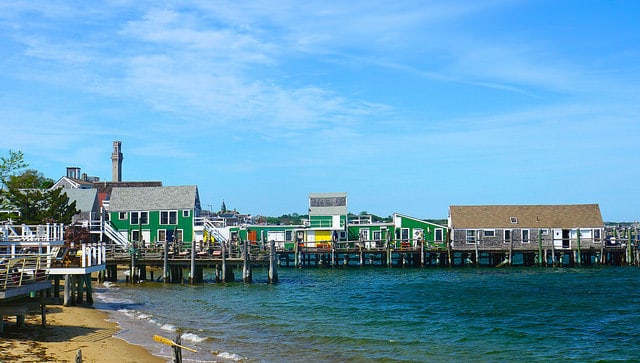 The summer season starts Memorial Day weekend with, what is affectionately nicknamed “Diaper Dyke” weekend due to the influx of younger lesbians. The gay population tends to arrive later in the season, with the Fourth of July (or “Hurricane Chelsea”) being a popular time. But the busiest, and for that matter, most expensive week is around Carnival (PTown Pride). For last minute reservations, your best bet is to contact the Chamber of Commerce for availability. 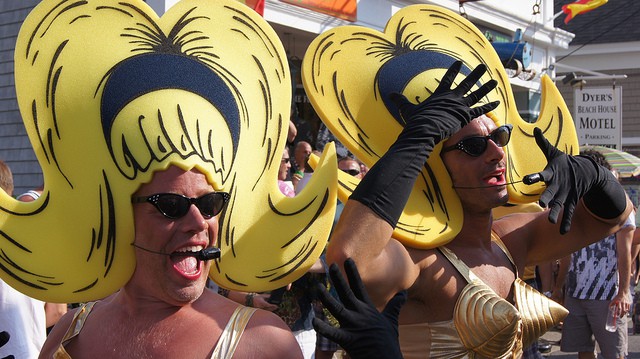 This place holds a certain magic for those venture to very end of Cape Cod. But this magic is unique to all those that visit. Physically, mentally, and seemingly temporally, Provincetown stands apart. This spirit has drawn in many marginalized groups over the years. It is still a refuge for artists inspired by nature at its finest. It is a land for the others, which has is most recent history meant the gays, lesbians, and transgendered. For some it means nudity and rampant sexual encounters, for others, romance and personal reflection. For singles and couples alike, there is much to draw people here. The casual environment tends to make people open up more quickly. So meeting new friends, and potential lovers, happens often and easily.

Do keep in mind Ptown is only so big, so you’re likely to see the people multiple times. There’s little room for pretension and baggage, so do pack light.