So you want to see the Rockefeller Center Christmas Tree. Join the club, or rather the crowds as the Rock Center tree spectacle clogs the plaza and Fifth Avenue sidewalks starting December 4, when the official tree lighting ceremony goes down. The famed New York City tree will remain lit and on display on the plaza between West 48th and 51st Streets and Fifth and Sixth Avenues through Friday, January 17, 2020.

The giant Norway Spruce cut from the tiny upstate village of Florida, New York is already upright in Rockefeller Plaza — it’s actually been there since November 9, but you’d barely know it from all the scaffolding surrounding the site. 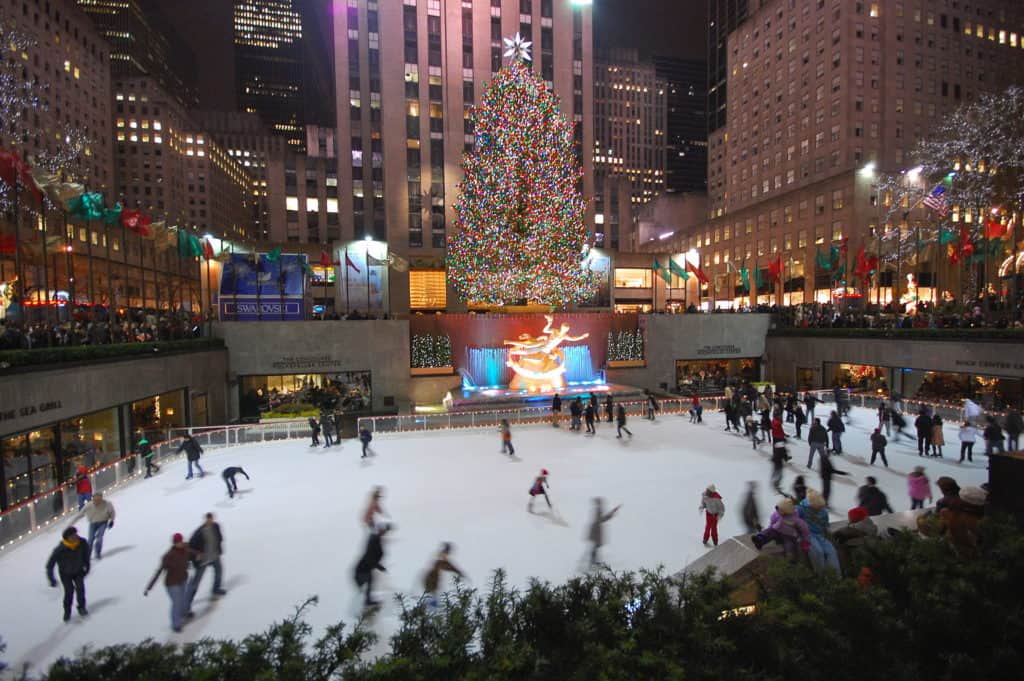 If you’ll be in Manhattan on December 4 (like us!) and want to soak up a bit of that Miracle on 34th Street-style, wholesome holiday spirit, here’s the details you need to know:

Curious as to how nice the tree will look once it’s unveiled? Check out snaps from holidays past and keep up with the Christmas tree throughout the season where else but on Instagram: @rockefellercenter